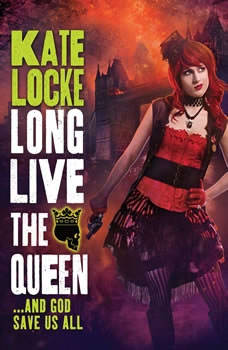 The fantastic conclusion to the Immortal Empire series that started with the spectacular God Save the Queen.Xandra Vardan thought life would be simpler when she accepted the goblin crown and became their queen, but life has only become more complicated. Everyone -- vampires, werewolves, and humans -- wants the goblins on their side, because whoever has the goblins --wins. With human zealots intent on ridding the world of anyone with plagued blood and supernatural politics taking Britain to the verge of civil war, Xandra's finding out that being queen isn't all it's cracked up to be, and if she doesn't do something fast, hers will be the shortest reign in history.The Immortal EmpireGod Save the QueenThe Queen is DeadLong Live the Queen