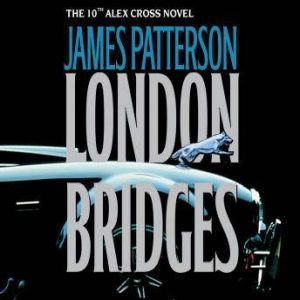 In broad desert daylight, a mysterious platoon of soldiers evacuates the entire population of Sunrise Valley, Nevada. Minutes later, a huge bomb detonates a hundred feet above the ground and lays waste to homes, cars, and playgrounds: a town annihilated in an instant.Alex Cross is on vacation in San Francisco with his girlfriend, Jamilla Hughes, when he gets the call. The Russian supercriminal known as the Wolf claims responsibility for the blast.Major cities around the globe are threatened with total destruction. The Wolf has proven he can do it; the only question is, can anyone stop him in time? Surveillance film of the blast reveals the presence of another of Alex Cross' most dangerous enemies, the ruthless assassin known as the Weasel.World leaders have just four days to prevent an unimaginable cataclysm. Joining forces with Scotland Yard and Interpol, Alex fights his way through a torrent of false leads, impersonators, and foreign agents before he gets close to the heart of the crimes. Racing down the hairpin turns of the Riviera in the most unforgettable finale James Patterson has ever written, Alex Cross confronts the truth of the Wolf's identity, a revelation that even Cross himself may be unable to survive.

Usually I really enjoy James Patterson but not this time. It was too difficult to get into and the subject and person changes were abrupt and not well transitioned. For the first time in a a long time I sent the book back without getting beyond the 2nd disc. Patience I have but this one was not for me.

I'm surprised by the previous reviewer who did not like this story. Of course, I have read every one of Patterson's books (thrillers only) and I have followed The Weasel and Alex Cross. I thought that this story was intriguing. The ending did get me a bit confused, but I thought that the storyline gave me the dose of mystery and intrigue that Patterson does so well. If you don't like thrillers, then I'd stick with his few non-thriller books.

This had me right at the beginning One of James Patterson's best book so far. I love the Alex Cross series and this one didn't disappoint me. I also like the person who reads the book. He is very easy to understand. Great book Julie

I was so excited to read this book, because I had read the Big Bad Wolf. When I started reading this I immediately was turned off. I felt like it was so back and forth between the different countries and the identity of the killer changing. I felt like I was chasing the false killer until the end when the so called real killer is revealed. Then Alex Cross ends off with saying, I watched the Wolf die, at least I kept telling myself until I believed it. Horrible book. Wish I wouldnt have read it. 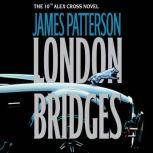