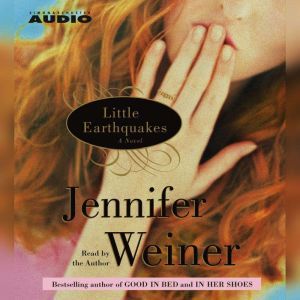 Bestselling author Jennifer Weiner creates a tale of romance, forgiveness, and extreme sleep deprivation, as four very different women navigate one of life's most wonderful and perilous transitions: the journey of new motherhood. Rebecca Rothstein Rabinowitz is a plump, sexy chef who has a wonderful husband, a restaurant that's received citywide acclaim, a beautiful baby girl and the mother-in-law from hell. Kelly Day's life looks picture-perfect. But behind the doors, she's struggling to balance work, motherhood and marriage, while dealing with an unemployed husband who seems content to channel- surf for eight hours a day. Ayinde Towne's already on shaky ground, when her basketball superstar husband breaks her trust at the most vulnerable moment in her life, putting their marriage in peril -- and thrusting their new family further into the public eye. Then there's Lia Frederick, a Philadelphia native who has left Los Angeles behind, along with her glamorous Hollywood career, her husband, and a tragic secret. With her trademark warmth and humor, Weiner tells the story of what happens after happily ever after.

I really enjoyed reading this book. It definitely reveals the truth in babies, marriage, and life events!