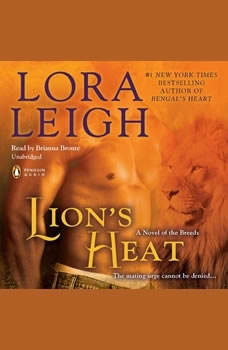 Bad boy Jonas Wyatt knows it is fate that Rachel becomes his mate. He can sense it. He can also sense her reluctance. But she has little power over the mating heat of the Breeds. It is Jonas's destiny to claim her. And nothing will stop him from having his way.

I didn't finish this book. I've loved this series, but the last few books have been boring. I think I'm done with it.