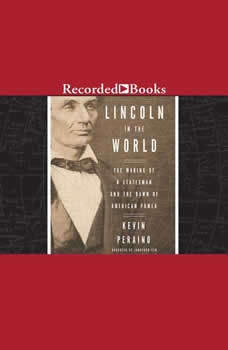 Lincoln in the World: The Making of A Statesman and the Dawn of American Power

LINCOLN IN THE WORLD delves into six distinct episodes that helped to define the character of a Lincolnian foreign policy: his debate, as a young congressman, with law partner Billy Herndon over the conduct of the Mexican war; his conflict with William Seward over the control of the State Department; his standoff with Britain's Lord Palmerston during the Trent crisis of 1861; his race with Karl Marx to master the new art of molding public opinion; his deadlock with Napoleon III over the French occupation of Mexico; and John Hay's post-assassination battle to define Lincoln's legacy. What emerges from these fascinating case studies is another side to Lincoln's cautious pragmatism imbued with his powerful sense of international justice and the limits of American strength. In the bestselling tradition of Team of Rivals and Lincoln at Gettysburg, LINCOLN IN THE WORLD is an illuminating examination of how Lincoln evolved into one of our seminal foreign-policy presidents and pointed the way to America's rise as a world power.