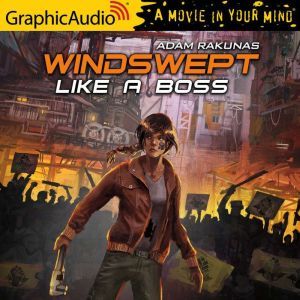 In this breathless and hilarious followup to Windswept, former labor organiser Padma Mehta's worst nightmare comes true: she gets yanked out of early retirement. After buying her favourite rum distillery and settling down, she thought she'd heard the last of her arch nemesis, Evanrute Saarien. But Saarien, fresh out of prison for his misdeeds in Windswept, has just fabricated a new religion, positioning himself as its holy leader. He's telling his congregation to go on strike, to fight the system. And unfortunately, they're listening to him. Now Padma's summoned by the Union president to help stop this strike from happening. The problem is, she's out of practice. And, the more she digs, the more she realises this whole strike business is more complicated than the Union president let on...