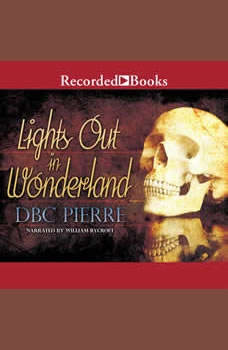 Lights Out in Wonderland

Man Booker Prize recipient DBC Pierre won effusive praise for his debut novel Vernon God Little. His second novel, Lights Out in Wonderland fulfills the promise of his first with a tale of 21st-century disaffection. Caught up in his decadent lifestyle, 20-something Gabriel Brockwell decides to kill himself. But before he does, he embarks on a quest for Wonderland-a bacchanal to end all bacchanals. His journey takes him around the globe, from London to Tokyo to Berlin, to taste all of life's wildest pleasures, only to emerge with a renewed spirit and a desire to make up for some of the terrible things he's done in his life.