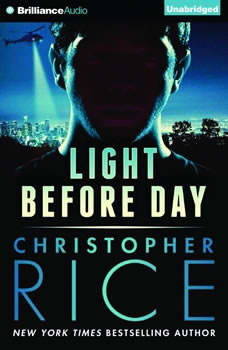 Adam Murphy wants to be a serious journalist. Unfortunately, he spends his days writing copy about underwear and abs for a gay lifestyle magazine. When a troubled young porn star brings him a tip about a recently deceased marine’s secret visit to an infamous pimp for underage boys, Adam is determined to break the story…until someone starts threatening his life.Undeterred, Adam begins to unravel a deadly conspiracy involving runaway sugar daddies, salacious A-list parties, and three handsome young men who have vanished without a trace. Now he must enter the seedy underbelly of LA to find the truth behind their disappearance, as well as the disappearance of his ex-lover, Corey—who may have some deadly secrets of his own.In this supercharged modern noir tale of sex, drugs, and revenge from New York Times bestselling author Christopher Rice, getting to the bottom of a scandalous story can be dangerous…if not downright fatal.