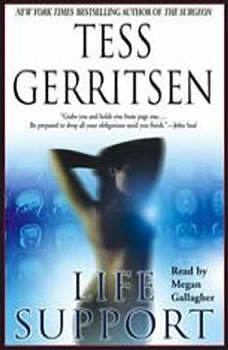 The overnight ER rotation at Springer Hospital is a calm one, which suits Dr. Toby Harper just fine. While Toby is fiercely proud of the stripes she earned as a resident in a big-city ER, she's come to appreciate the pace at Springer. But no hospital could have been prepared for the man Toby admits one quiet night. Delirious and in critical condition from a possible viral infection of the brain, he barely responds to treatment. And then he disappears without a trace.Under fire from the hospital administration for literally losing a patient, and fearful that she's missed a life-threatening diagnosis, Toby knows she must find the patient. Her hunt is intensified when a second delirious patient dies in the hospital's care. But even more chilling is the discovery that the infection can only be spread through direct tissue exchange.