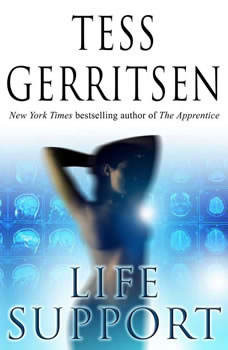 New York Times bestselling author Tess Gerritsen weaves authenticity into another novel of searing medical suspense, as a dedicated woman doctor probes into the cause of a mystifying and lethal outbreak. The quiet overnight shift at Springer Hospital ER suits Dr. Toby Harper just fine -- until she admits a man in critical condition from a possible viral infection of the brain. The delirious man barely responds to treatment -- and then disappears without a trace. Before Toby can find him, a second case occurs, revealing a terrifying fact: the virus can only be spread through direct tissue exchange. Following a trail of death that winds from a pregnant sixteen-year-old prostitute to her own home, Toby discovers the unthinkable: the epidemic didn't just happen -- someone let it loose....