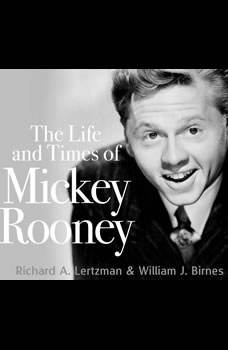 Life and Times of Mickey Rooney, The

Mickey Rooney began his career almost a century ago as a one-year-old performer in burlesque and stamped his mark in vaudeville, silent and talking films, Broadway, and television. He acted in his final motion picture just weeks before he died at age ninety-three. He was an iconic presence in movies and the poster boy for American youth. Yet, by World War II, Mickey Rooney had become frozen in time. His child-star status haunted him as the gilded safety net of Hollywood fell away, and he was forced to find support anywhere he could, including multiple marriages, affairs, alcohol, and drugs. This Old Hollywood biography presents Mickey Rooney from every angle, revealing the man Laurence Olivier once dubbed the best there has ever been.