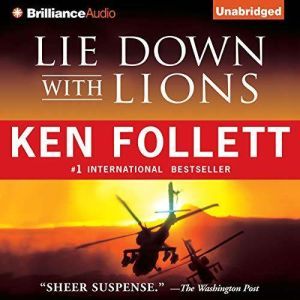 Lie Down with Lions

Ellis, the American. Jean-Pierre, the Frenchman. They were two men on opposite sides of the cold war, with a woman torn between them. Together, they formed a triangle of passion and deception, racing from terrorist bombs in Paris to the violence and intrigue of Afghanistan—to the moment of truth and deadly decision for all of them.…"A deadly romantic triangle, a clandestine mission with global stakes, an exotic location, a plot as gripping and ingenious as Eye of the Needle…engineered to perfection with breathless acceleration. I couldn't put it down!" —Los Angeles Times"Masterful…plot and counterplot, treachery, cunning and killing…keep you on edge every moment" —Associated Press