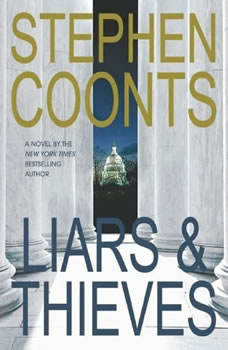 When the safest place in the world has become a killing ground…Unafraid to walk both sides of the law to attain his goals, CIA operative Tommy Carmellini is sent to post guard duty at a farmhouse in West Virginia. When he arrives, he finds the guards shot dead and a ruthless team of American commandos killing everyone in sight. Carmellini escapes in a hail of bullets with what seems to be the sole survivor—a stunningly attractive translator, who then steals his car and abandons him after a deadly mountain car chase. But someone else survived the massacre—someone who holds the answers to a deadly conspiracy.There’s only one recourse…Catapulted into a life-and-death struggle, Tommy must employ all his savvy and skill just to stay alive. But to find out who is hunting him and why, he’ll need the help of retired Admiral Jake Grafton. Now they must learn to tell friend from foe as they fight their way through a poisonous wilderness of intrigue, all the way to a presidential convention in New York City—and to the surprising identity of someone standing on the verge of absolute power who has jeopardized the safety of the entire nation to prevent a dark secret from ever seeing the light of day.…“This book is vintage Coonts…plenty of action and intrigue, with the added benefit of a new lead character.” —Dallas Morning News“Coonts knows how to write and build suspense…this is the mark of a natural storyteller.” —New York Times Book Review