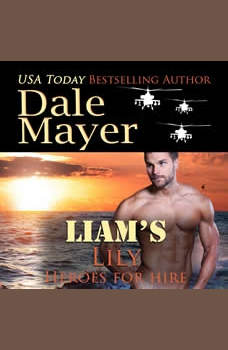 When former Navy SEAL Liam O’Brian joins Legendary Securities, he looks forward to being shipped somewhere exciting for his first mission with Levi and his crew. Instead, he learns exotic and enormous aren’t exactly synonymous when he stumbles upon the oversized pachyderms inhabiting his new backyard. Still, conflicts are universal and Liam’s troubles are only just beginning once he finds himself falling for a woman deeply rooted in her family’s livelihood and problems.

Go-getter Lilianna Howell is a biologist who believes all problems can be reduced to minor ones if only they’re nipped in the bud early enough. When her dad can no longer deal with the loss of his son and his detachment threatens the elephant reserve, Lilianna steps into a much larger role, handling the marketing and fundraising. Being close to her sister and her husband–once Lilianna’s fiance–forces her to struggle with distrust from that past experience and a growing attachment to a man who appears in her life like a dream come true.

Mammoth issues escalate as Liam and Lilianna team up to save the gentle giants, their newfound love… and their own lives.