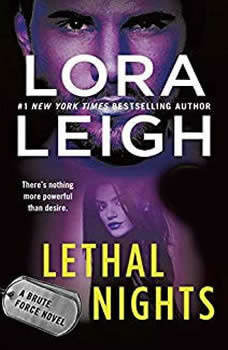 #1 bestselling author Lora Leigh turns up the heat in her latest audiobook of high-stakes passion and persuasion featuring the men of Brute Force.

Ilya Dragonovich is no stranger to the dark side. As a safe-house owner for security agency Brute Force, Dragon knows that the battle line between good and evil runs through the heart of every man—and, sometimes, a beautiful woman…

Emma Jane Preston needs help. After her marriage crumbled, she believed she could get back to a normal, happy life. But her ex-husband moved among some shady characters, and now she needs the kind of protection that comes at a cost—one that only someone like Dragon can provide. But can Emma Jane trust this handsome, undercover operator to keep her safe when she is in danger of falling into the arms of the deeply seductive, fiery Dragon. . .and never letting go?

“Leigh’s books can scorch the ink off the page.”—RT Book Reviews