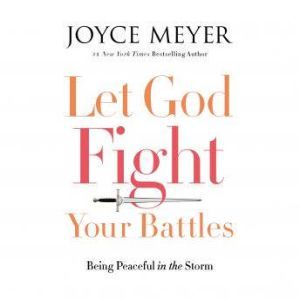 Let God Fight Your Battles: Being Peaceful in the Storm

Based on her bestselling book, The Battle Belongs to the Lord, Joyce Meyer delivers practical advice and Biblical wisdom to help you triumph over any obstacle you face. By learning to lean on God's power, you'll be able to leave your fear behind and develop a life-changing sense of confidence. This compact edition is perfect for taking God's assurance with you everywhere you go. Be encouraged that no situation is beyond repair and start living a life of joy and peace when you LET GOD FIGHT YOUR BATTLES.