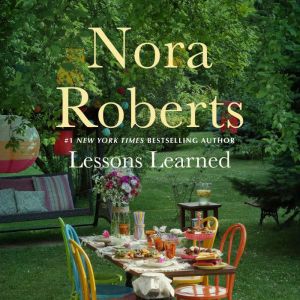 “America’s favorite writer” (The New Yorker), #1 bestselling phenomenon Nora Roberts, tantalizes hearts in Lessons Learned, a story of two people from different countries and cultures who together make the perfect recipe for romance.Throughout Italy, master chef Carlo Franconi is famous for his culinary creations. Publicist to the stars Juliet Trent has prepared a worldwide tour that will showcase his irresistible international fare to every restauranteur and home cook looking to add some flavor to their menus. Talented and charming, Carlo has an uncanny ability to satisfy appetites—of all kinds—and Juliet finds herself developing an acquired taste for the chef who is determined to combine all the right ingredients to earn her love.