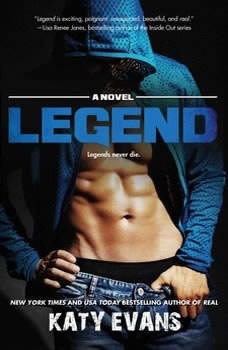 The highly anticipated sixth story in the New York Times bestselling series that began with Real—“a rare mix of fevered obsession and gentle enchantment…a visceral and addicting debut” (Christina Lauren).A young girl in a love triangle—caught between her desire for a dangerous, monstrous man and a nice guy who makes her happy for the first time in her life.