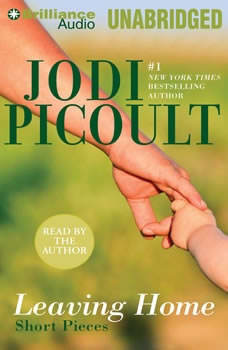 Leaving Home brings together three previously published short pieces, each dealing with a variation on the theme of leaving home. The first, “Weights and Measures,” deals with the tragic loss of a child; the second is a nonfiction letter Picoult wrote to her eldest son as he left for college; and “Ritz” tells the story of a mother who takes the vacation all mothers need sometime.“It is impossible not to be held spellbound by the way she forces us to think, hard, about right and wrong.” —The Washington Post