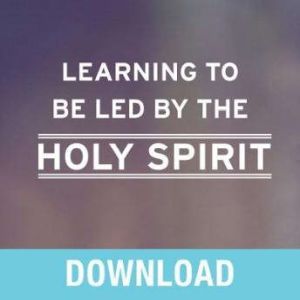 Learning to Be Led by the Holy Spirit: Letting God Guide You in Every Area of Your Life

You weren’t meant to walk through life alone. God wants to help with every single detail of your life.