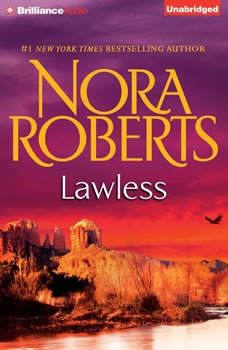 In this heart-warming romance from New York Times bestselling author Nora Roberts, can frontiersman Jake Redman capture the heart of a woman unaccustomed to the wild landscape he loves? Half Apache and all man, Jake Redman was more than a match for the wild Arizona Territory. Sarah Conway, on the other hand, was an Eastern lady who belonged anywhere else but on the rugged land Jake loved. But beneath Sarah's ladylike demeanor beat the heart of a true pioneer, a woman he yearned to make his own.