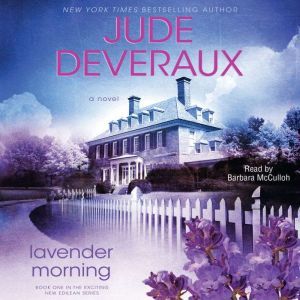 New York Times bestselling author Jude Deveraux’s Lavender Morning is now available from Encore. Jocelyn Minton is a woman torn between two worlds. Her mother grew up attending private schools and afternoon teas, but she married the local handyman. After her mother died when Joce was only five years old, her father remarried into his own class, and Joce became an outsider—until she met Edilean Harcourt. Although she was sixty years Joce’s senior, Miss Edi was a kindred soul. When Miss Edi passes away, she leaves Jocelyn all her worldly possessions, and clues to a mystery that began in 1941, set in a small town in Virginia—a town that Miss Edi had never mentioned. But the townspeople know who Joce is, and they’ve plotted out her entire future, including who she is meant to marry. But Jocelyn has her own ideas about men and secrets that no one wants revealed…