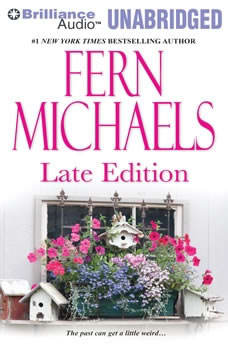 Teresa “Toots” Loudenberry has a knack for finding adventure, even when she’s not looking for it. But ever since Sophie convinced her friends to start holding regular séances, life in Los Angeles is getting a little too dramatic even for Toots’s tastes. When Ida receives a message from the beyond suggesting that her late husband was murdered, a spooked Toots decides it’s time the Godmothers left LA for her hometown of Charleston...Meanwhile, Mavis has been acting suspiciously, mailing packages in bulk and refusing to divulge what she’s up to. She should know by now that Ida, Toots, and Sophie will never let secrets rest or ignore a friend in need. And when the Godmothers discover that whoever killed Ida’s husband has plans for Ida too, they’ll do what they do best — rally together, concoct a daring plan, and show the world there is no match for these four formidable friends...“The Godmothers series [is] pure recession-proof fun.”—Publishers Weekly“Lots of fun, intrigue and excitement"—Booklist on Exclusive