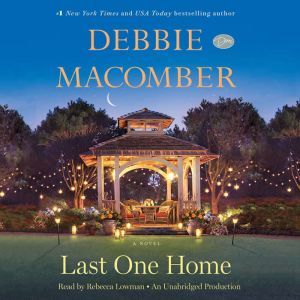 NEW YORK TIMES BESTSELLER • An inspiring standalone novel about the enduring bond between sisters, the power of forgiveness, and a second chance at love.

Growing up, Cassie Carter and her sisters, Karen and Nichole, were incredibly close—until one fateful event drove them apart. After high school, Cassie ran away from home to marry the wrong man, throwing away a college scholarship and breaking her parents’ hearts. To make matters worse, Cassie had always been their father’s favorite—a sentiment that weighed heavily on her sisters and made Cassie’s actions even harder to bear.

Now thirty-one, Cassie is back in Washington, living in Seattle with her daughter and hoping to leave her past behind. After ending a difficult marriage, Cassie is back on her own two feet, the pieces of her life slowly but surely coming together. Despite the strides Cassie’s made, she hasn’t been able to make peace with her sisters. Karen, the oldest, is a busy wife and mother, balancing her career with raising her two children. And Nichole, the youngest, is a stay-at-home mom whose husband indulges her every whim. Then one day, Cassie receives a letter from Karen, offering what Cassie thinks may be a chance to reconcile. And as Cassie opens herself up to new possibilities—making amends with her sisters, finding love once more—she realizes the power of compassion, and the promise of a fresh start.

A wonderful novel of perseverance and trust, and an exciting journey through life’s challenges and joys, Last One Home is Debbie Macomber at the height of her talents.

Praise for Last One Home

“Fans of bestselling author Macomber will not be disappointed by this compelling stand-alone novel.”—Library Journal

“Family, forgiveness and second chances are the themes in Macomber’s latest stand-alone novel. No one writes better women’s contemporary fiction, and Last One Home is another wonderful example. Always inspiring and heartwarming, this is a read you will cherish.”—RT Book Reviews

“Tender, real, and full of hope.”—Heroes and Heartbreakers

“Macomber never disappoints me. . . . She always manages to leave me with a warming of the soul and fuzzy feelings that stays for days.”—Fresh Fiction