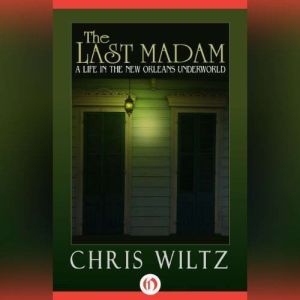 Last Madam, The: A Life in the New Orleans Underworld

1916: Norma Wallace, age 15, arrived in New Orleans. Sexy and shrewd, she quickly went from streetwalker to madam and by 1920 had opened what became a legendary house of prostitution. There she entertained a steady stream of governors, gangsters, and movie stars until she was arrested at last in 1962. Shortly before she died in 1974, she tape-recorded her memories - the scandalous stories of a powerful woman with the city's politicians in her pocket and whose lovers included the 25 year old boy-next-door, whom she married at age 64. With those tapes and original research, Christine Wiltz chronicles Norma's rise and fall with the social history of New Orleans. Thick with the vice and corruption that flourished there, Wiltz resurrects a vanished secret world.