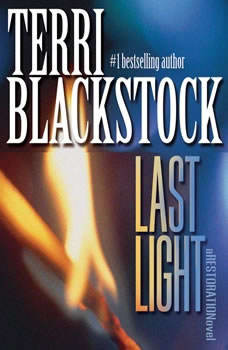 What if America suddenly lost all its electrical power, its communications, its transportation, its financial system, its government leadership, and its media? What if an upper middle-class neighborhood of families who hardly know each other's names, suddenly had to form a functioning, self-contained community? How would people in the 21st century, spoiled by microwaves and fast food, air travel and speeding cars, television and air conditioning, learn to function if they no longer had cars that ran, grocery stores, postal service, running water, computers, big screen TVs? If they had to hunt to eat or grow their own food? If they had to dig wells for water? If they had to learn to wash their clothes in the nearby lake? If they had to establish a neighborhood school and a neighborhood church? And what if the crisis created looters and killers who thought they could rob and murder without consequences? This series combines elements of Growing up Gotti with Little House on the Prairie. After an unexplained catastrophic event in the atmosphere knocks out all electronics in the world, these well-to-do families who've accumulated so many things are suddenly left helpless. Their Mercedes and BMWs sit in their driveways, useless. Their expensive, well-appointed homes have no electricity, no refrigeration, no phones. Even their battery-operated electronics don't work. No one is certain whether the country is under attack. Without communication, there is no way to find out. One family of Christians--the Brannings--realizes the needs of those around them. After wrestling with their own anger, fear and despair, and struggling in prayer with the Lord, they begin to realize that they have a job to do. They begin trying to unite the neighbors in a common effort to survive, and instead of hoarding, they realize that Christ has called them to sacrifice and give. But a couple is found dead in their neighborhood, and they realize that there is a killer among them. As they struggle to protect their own family and property, their 22-year-old daughter Deni falls prey to the killer, and takes off with him across the country, desperate to make her way to the East Coast where she thinks her life will be better. It doesn't take long for her to realize he's the killer and that she's in danger. But getting back home is more difficult than she ever imagined, and she is forced to turn back to Christ in repentance and humility, knowing He is the only One who can help her get home.

When We Were Young
by Karen Kingsbury

One Little Lie
by Colleen Coble

Beneath Copper Falls
by Colleen Coble

Without a Trace
by Colleen Coble