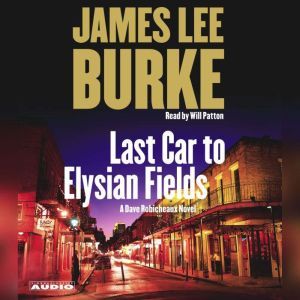 For Dave Robicheaux, there is no easy passage home. New Orleans, and the memories of his life in the Big Easy, will always haunt him. To return there means visiting old ghosts and opening himself to new, yet familiar, dangers. When Robicheaux, a police officer based in the somewhat quieter Louisiana town of New Iberia, learns that an old friend, Father Jimmie Dolan has been the victim of a particularly brutal assault, he returns to New Orleans to investigate, if only unofficially. Meanwhile, back in New Iberia, three local teenage girls are killed in a drunk driving accident. Robicheaux traces the source of the liquor to one of New Iberia's "daiquiri windows," places that sell mixed drinks through drive-by windows. When the owner of the drive-through operation is brutally murdered, Robicheaux immediately suspects the grief-crazed father of the dead teen driver. But his assumption is challenged when the murder weapon turns up belonging to someone else. Tying together these disparate threads is a maniacal killer named Max Coll, a deeply haunted hit man sent to New Orleans to finish the job of father Dolan. A masterful exploration of the troubled side of human nature Las Car to Elysian Fields is James Lee Burke in top form.

Moves quickly, with several different sub-plots going on. Clete is especially hard-core in this story. A really good read.