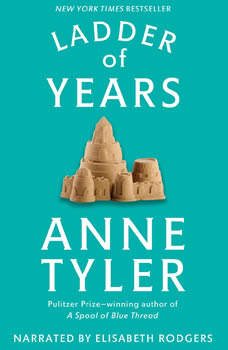 """BALTIMORE WOMAN DISAPPEARS DURING FAMILY VACATION."" The headlines are all the same: Beloved mother and wife Delia Grinstead was last seen strolling down the Delaware shore, wearing only a bathing suit and carrying a beach tote with five hundred dollars tucked inside. To the best of her family's knowledge, she has disappeared without a trace. But Delia didn't disappear. She ran. Exhausted with her routine and everyone else's plans for her, Delia needed an out, a chance to make a new life for herself and to become a different person. The new Delia can let go of all the hurt and resentment that left her stuck in her past. As she eagerly sheds the pieces of herself she no longer needs, Delia discovers feelings of passion and wonder she'd long since forgotten. The thrill of walking away from it all leads to a newfound sense of self and the feeling that she is, finally, the star of her own life story.