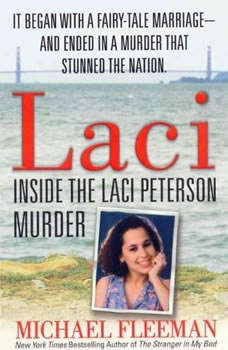 Laci: Inside the Laci Peterson Murder

Praying for a happy ending, friends and family stood by Laci’s grieving husband Scott. Four months later, Laci’s decomposed body was found in the murky waters of San Francisco Bay. The body of her child had washed ashore about a mile away, after a possible “coffin birth.” It was a sad closure to an exhaustive search, and a grim end to a marriage that by all accounts had appeared to be perfect.Scott Peterson’s behavior had cast a mysterious shadow over the death of his pregnant wife: his alibi on the day of the disappearance was questionable; he admitted to an affair with another woman; and when he was finally charged with capital murder, he had altered his appearance. Almost immediately, the media condemned Scott, even though he maintains his innocence. Is Scott Peterson a victim of circumstantial evidence? Despite the state attorney general’s claim of a “slam dunk,” the case that has gripped the nation is much more complex, and is yielding even more questions, doubts, accusations, and shocking revelations.