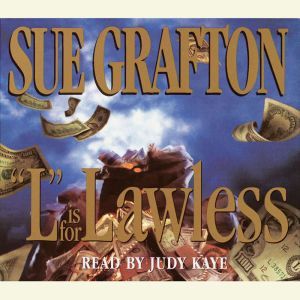 L Is For Lawless

In her twelfth caper of this alphabet series, Kinsey Millhone, P.I., our cheeky heroine, helps a neighbor find out why the government has denied an elderly relative's veteran benefits. Sounds like a real yawner for Kinsey.

But it's not when this seemingly mundane mystery leads to a stash of millions from a 1940s robbery and makes us wonder what grandpa really did during the war. Characteristically, Kinsey uses one-liners to get past a shotgun-toting, a mopish ex-con and vengeful psycho -- among others -- who stand between her, the answers and the loot. 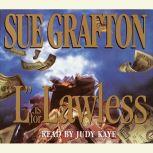 L Is For Lawless
A Kinsey Millhone Novel #12