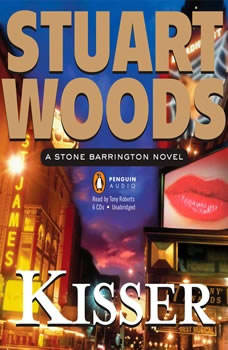 Stone Barrington is back in this thrilling new page-turner from the perennially entertaining New York Times-bestselling author.

Stone Barrington is back in New York, and after a rather harrowing sojourn in Key West, he's looking to stay closer to home and work on some simple divorce and custody cases for Woodman & Weld. But when he crosses paths with a fetching Broadway actress-and sometime lip model- Stone gets a little more deeply involved with business than he'd expected. When his new lady love turns out to be a lady with a shady past, Stone and downtown cop Dino Bacchetti realize that her beauty may have an unusually high price. . . .