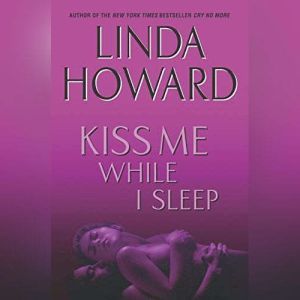 Kiss Me While I Sleep

It’s a job that makes a killing. Efficient, professional, and without apology, Lily Mansfield is a hired assassin, working as a contract agent for the CIA. Her targets are the powerful and corrupt, those who can't be touched by the law.Now, after 18 years of service, Lily has been drawn into a dangerous game that hasn't been sanctioned, seeking vengeance for her own reasons. Each move bolder than the next, she is compromising her superiors, drawing unwanted attention and endangering her very life. Though stress and shock have made her feel somewhat invincible and a little cocky, Lily knows that she too can be taken out in an instant. And if it’s her time, so be it. She intends to go down fighting.A CIA agent himself, Lucas Swain recognizes the signs of trauma in the line of fire. His orders are to either bring her in or bring her down. Yet he too is drawn into the game with Lily Mansfield, dancing on a tightrope as he tries to avoid a major international incident while still battling a tenacious foe who is dogging their every step. Keeping laser focus on her task at hand while vigilantly watching her back, Mansfield never sees the lethal peril that lies directly in her path...and how loyalty has a price.