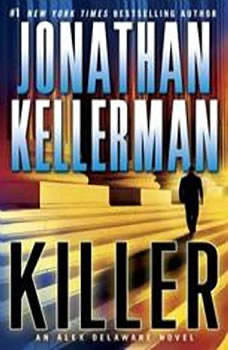 The City of Angels has more than its share of psychopaths, and no one recognizes that more acutely than the brilliant psychologist and police consultant Dr. Alex Delaware. Despite that, Constance Sykes, a sophisticated, successful physician, hardly seems like someone Alex needs to fear. Then, at the behest of the court, he becomes embroiled in a bizarre child custody dispute initiated by Connie against her sister and begins to realize that there is much about the siblings he has failed to comprehend. And when the court battle between the Sykes sisters erupts into cold, calculating murder and a rapidly growing number of victims, Alex knows he’s been snared in a toxic web of pathology.

Nothing would please Alex more than to be free of the ugly spectacle known as Sykes v. Sykes. But then the little girl at the center of the vicious dispute disappears and Alex knows he must work with longtime friend Detective Milo Sturgis, braving an obstacle course of  Hollywood washouts, gangbangers, and self-serving jurists in order to save an innocent life.

“Killer is well plotted and paced. . . . One of [Kellerman’s] best.”—Bookreporter

“As usual, the rapport between Alex and Milo is a show-stealer, and longtime fans . . . will love the well-executed flashbacks to Alex’s professional past.”—Booklist

“Kellerman kicks this one up to a whole new level.”—RT Book Reviews

“Jonathan Kellerman has justly earned his reputation as a master of the psychological thriller.”—People