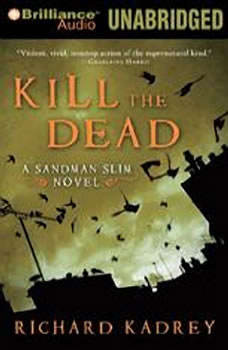 James Stark, a.k.a. Sandman Slim, crawled out of Hell, took bloody revenge for his girlfriend’s murder, and saved the world along the way. After that, what do you do for an encore? You take a lousy job tracking down monsters for money. It’s a depressing gig, but it pays for your beer and cigarettes. But in L.A., things can always get worse. Like when Lucifer comes to town to supervise his movie biography and drafts Stark as his bodyguard. Sandman Slim has to swim with the human and inhuman sharks of L.A.’s underground power elite. That’s before the murders start. And before he runs into the Czech porn star who isn’t quite what she seems. Even before all those murdered people start coming back from the dead and join a zombie army that will change our world and Stark’s forever. Death bites. Life is worse. All things considered, Hell’s not looking so bad.