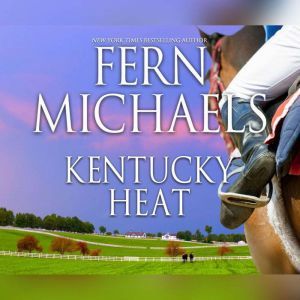 With Nealy, horses come first. So when her two grown children's irresponsible acts nearly cost her Shufly, she throws them both off Blue Diamond Farm, choosing to work alone rather than give them another chance to risk her dream of training the promising foal into a Triple Crown winner. But while the estrangement from her children doesn't seem to affect her work, inside, she's shattered. So when the irresistible Hatch Littletree, her ex-husband's law partner, pays her an unexpected visit, the comfort he brings her is much needed. Hatch, however, wants more than to just comfort Nealy - he is determined to see her heal the painful rift between herself and her children. But as Nealy struggles with that estrangement and running the stables alone, the unexpectedly strong feelings and terrifying situations she experiences may tax and test her normally indomitable spirit past its breaking point.