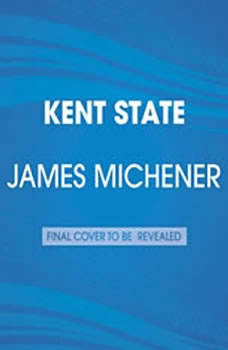 All of James A. Michener's storytelling and reportorial skills are brought to the fore in this stunning and heartbreaking examination of the events that led to the 1970 shootings at Kent State, which shook the country to the roots and had a profound impact on the anti-war movement.

"Superb...A masterpiece of thorough research, deft pacing and arresting detail...This war story — the fight to break out of a frozen hell near the Chosin Reservoir — has been told many times before. But Sides tells it exce...

*The USA Today bestseller* Surprise... your target.Kill... your enemy.Vanish... without a trace.From Pulitzer Prize finalist Annie Jacobsen, the untold story of the CIA's secret paramilitary units.When diplomacy fails, and war is unwise, the pr...

From the award-winning historian and filmmakers of The Civil War, Baseball, The War, The Roosevelts, and others: a vivid, uniquely powerful history of the conflict that tore America apart--the companion volume to the major, multipart PBS film to be ...

“Unflinching, insightful, and humane. I can think of no other book that takes as its charge so ambitious a goal: to take the full measure of America’s wars in this new century. A landmark work.”—Doug Stanton, New York Times b...

Area 51It is the most famous military installation in the world. And it doesn't exist. Located a mere seventy-five miles outside of Las Vegas in Nevada's desert, the base has never been acknowledged by the U.S. government-but Area 51 has captivated...

From the award-winning historian and filmmakers of The Civil War, Baseball, The War, The Roosevelts, and others: a vivid, uniquely powerful history of the conflict that tore America apart--the companion volume to the major, multipart PBS film to be ...

In this unprecedented book, a paramilitary contractor with more than two decades of experience gives us a firsthand look into the secret lives of America’s private warriors and their highly covert work around the world. Author Jamie Smith has...

From a preeminent presidential historian comes a groundbreaking and often surprising saga of America’s wartime chief executives  Ten years in the research and writing, Presidents of War is a fresh, magisterial, intimate look at ...