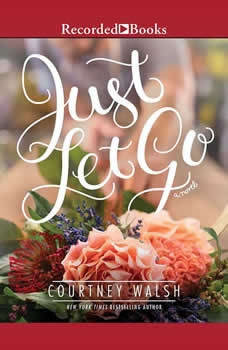 For Quinn Collins, buying the flower shop in downtown Harbor Pointe fulfills a childhood dream, but also gives her the chance to stick it to her mom, who owned the store before skipping town twenty years ago and never looking back. Completing much-needed renovations, however, while also competing for a prestigious flower competition with her mother as the head judge, soon has Quinn in over her head. Not that she'd ever ask for help. Luckily, she may not need to. Quinn's father and his meddling friends find the perfect solution in notorious Olympic skier Grady Benson, who had only planned on passing through the old-fashioned lakeside town. But when a heated confrontation leads to property damage, helping Quinn as a community-service sentence seems like the quickest way out?and the best way to avoid more negative press. Quinn finds Grady reckless and entitled; he thinks she's uptight and too regimented. Yet as the two begin to hammer and saw, Quinn sees glimpses of the vulnerability behind the bravado, and Grady learns from her passion and determination, qualities he seems to have lost along the way. But when a well-intentioned omission has devastating consequences, Grady finds himself cast out of town?and Quinn's life?possibly forever. Forced to face the hurt holding her back, Quinn must finally let go or risk missing out on the adventure of a lifetime.