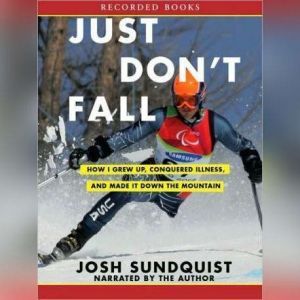 At age nine, Josh Sundquist was diagnosed with cancer, and by age 10, he’d lost his leg to the illness. But Sundquist never faltered in his dream to ski in the Paralympics, and in 2006 he achieved his goal in Turin, Italy. Just Don’t Fall is the remarkable and honest story of Sundquist’s determination and grit in the face of long odds and tough choices.