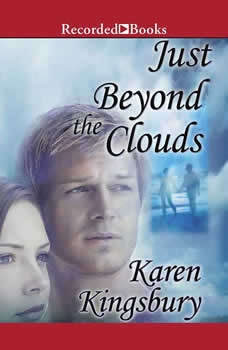 Just Beyond the Clouds

New York Times best-selling author Karen Kingsbury is acclaimed for uplifting novels like Waiting for Morning. This compelling novel paints a moving portrait of a heartbroken widower and a jilted bride, thrust together by their Down syndrome siblings. It reveals that the brightest hopes often lie just beyond the clouds.

Best-selling inspirational author Dee Henderson pens a wholesome military romance that demonstrates how Navy SEALs take care of their own. Caught in a riptide Kelly hovers near hypothermia. In her delirium, she sees her dead husband. She also sees J...

When Anna decides its time to leave her abusive boyfriend, she doesnt know where to turn. Rob has completely won over her parents, and the entire community, with his good looks and smooth charm. Only Anna has seen his dark side.Desperate, she runs t...

Just Beyond the Clouds
Cody Gunner #2

This Side of Heaven
Cody Gunner #3