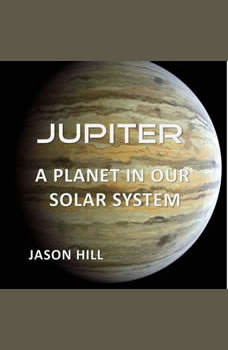 Jupiter: A Planet in our Solar System

Do you love learning about space? Do you know how important the solar system is? This is the audio book for you. All your questions will be answered. Jupiter is fifth in line from the Sun, Jupiter is, by far, the largest planet in the solar system. This planet is more than twice as massive as all the other planets combined. Jupiter's familiar stripes and swirls are actually cold, windy clouds of ammonia and water, floating in an atmosphere of hydrogen and helium. Jupiter’s iconic Great Red Spot is a giant storm bigger than Earth that has raged for hundreds of years.