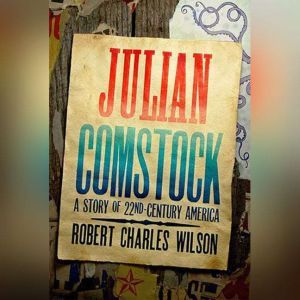 In the reign of President Deklan Comstock, a reborn United States is struggling back to prosperity. Over a century after the Efflorescence of Oil, after the Fall of the Cities, after the False Tribulation, after the days of the Pious Presidents, the sixty stars and thirteen stripes wave from the plains of Athabaska to the national capital in New York. In Colorado Springs, the Dominion sees to the nation's spiritual needs. In Labrador, the Army wages war on the Dutch. America, unified, is rising once again. Then out of Labrador come tales of the war hero "Captain Commongold." The masses follow his adventures in the popular press. The Army adores him. The President is...troubled. Especially when the dashing Captain turns out to be his nephew Julian, son of the President's late brother Bryce--a popular general who challenged the President's power, and paid the ultimate price.As Julian ascends to the pinnacle of power, his admiration for the works of the Secular Ancients sets him at fatal odds with the Dominion. Treachery and intrigue will dog him as he closes in on the accomplishment of his lifelong ambition: to make a film about the life of Charles Darwin.