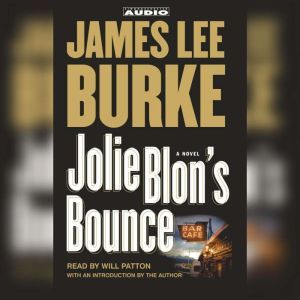 When a beautiful teenage girl is killed, the victim of a particularly savage rape, New Iberia, Louisiana police detective Dave Robicheaux senses from the very start of the investigation that the most likely suspect -- Tee Bobby Hulin -- is not the actual killer. Though a drug addict and general ne'er-do-well, Hulin doesn't fit the profile for this brutal crime. But when another body turns up -- a drugged-out prostitute who is the daughter of a local mafia bigwig -- all clues point to Tee Bobby Hulin. The dead girl's father sets out to find -- and punish -- the killer. Before Robicheaux can bring the killer or killers to justice, he battles a painkiller addiction, a habit brought on by a humiliating beating he suffers at the hands of a diabolical character known only as Legion. Once the overseer on a local sugarcane plantation, Legion scrapes by through doing odd jobs. In temperament, he's still the malevolent bully, seemingly possessed with supernatural skills of survival. When Robicheaux's longtime buddy Clete Purcel drops by New Iberia for a visit, he is quickly drawn into the struggle between evil forces, including Jimmy Dean Styles, a black man intent on maintaining his empire of corruption, Joe Zeroski, a trailer park mafioso with palatial aspirations -- and Legion Guidry in whom Robicheaux faces an enemy unlike any he has ever known. And soon, what began as a duel of wits turns into a dance of death. Gothic, dense, brutal, touching, and always compelling, Jolie Blon's Bounce is classic storytelling from a writer who has been dubbed "the Faulkner of crime fiction."