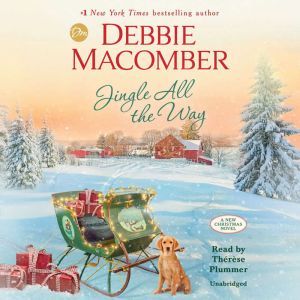 Jingle All the Way: A Novel

Love can transform even the best-laid plans in this heartfelt Christmas novel from #1 New York Times bestselling author Debbie Macomber.

Trapped in the middle of five siblings, Everly Lancaster always had big dreams. Now a top real-estate executive, Everly finds her work is her life, leaving no space for anything (or anyone) else. Sensing her stress, Everly’s boss insists she take December off. At first, a month away seems crazy—how will the company survive without her? But Everly’s mother convinces her otherwise. She deserves a vacation—plus, when she returns, she’ll have no excuse to skip family Christmas like she did last year.

But after her vengeful assistant books a guided cruise in the Amazon instead of the luxury beach vacation she expected, Everly is horrified to realize that she’s about to spend the next two weeks trapped—with no Wi-Fi!—in the rain forest. Not even Asher Adams, the ship’s charming naturalist, can convince Everly that the trip will be unforgettable. Slowly but surely, she realizes he is right: the sights are spectacular. And with each passing day, Everly’s relationship with Asher deepens, forcing her to take a long, hard look at her priorities.

Everly and Asher begin to see magic in the possibility of a life together. But as the cruise nears its end, and Everly’s family Christmas approaches, both must decide if love is worth the risk. A merry surprise may be in store in Debbie Macomber’s newest holiday delight.