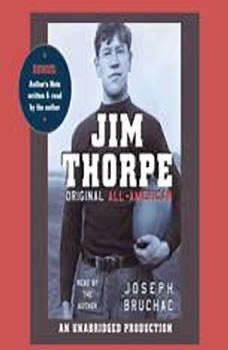 Jim Thorpe was one of the greatest athletes who ever lived. He played professional football, Major League b aseball, and won Olympic gold medals in track and field. He’ll forever be remembered by the sports community and by his Native American community, who consider him a hero on par with Crazy Horse.

Born on the Sac and Fox Reservation in 1887. Jim was sent as a young boy to various Indian boarding schools strict, cold places that didn’t allow their students to hold on to their Native American traditions. Jim ran away from school many times, until he found his calling at Pennsylvania’s Carlisle School. There, coach Pop Warner, who is as famous today as Thorpe himself, recognized Jim’s athletic excellence and welcomed him onto the football and track teams. Glory followed, as did surprising disgrace. But through everything, Jim was a person to admire—an engaging, spirited, and impressive young man.

The Maddie Diaries
by Maddie Ziegler

Almost all legitimate debates about the best athlete of all time include Jim Thorpe in the discussion. This book is a great way to learn about his life and success in sports. Moreover, it sheds light on Indian history and the early stages of football in America.