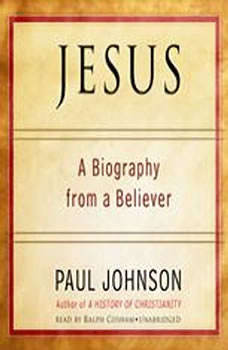 Jesus: A Biography, from a Believer

Is Jesus relevant to us today? Few figures have had such an influence on history as Jesus of Nazareth. His teachings have inspired discussion, arguments, even war. Yet few have ever held forth as movingly as Jesus on the need for peace, forgiveness, and mercy. Paul Johnson offers listeners a lively biography of the man who inspired one of the worlds great religions and whose lessons still guide us in current times. Johnsons intelligent and conversational style, as well as his ability to distill complex subjects into succinct and highly readable works, makes this book an ideal match of a major historian with a major subject. The result is an accessible biography and an insightful analysis of how Jesus is important in the present era.