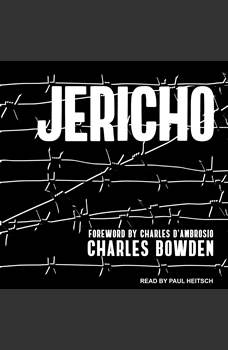 In a career defined by an allegiance to the truth, Charles Bowden's reporting continually unearthed the gritty realities behind high-profile hype, including the doomed War on Drugs. His daring expeditions to Ciudad Juárez, which resulted in such books as his bestseller Murder City, left him with haunting images of ruthless drug lords and their prey. In Jericho, an unpublished work brought to light after Bowden's death in 2014, he captures the monumental corruption and addiction to power that fuel Mexico's drug cartels-and that have fueled much of humanity's suffering throughout the ages. Interspersed with scenes from the battle of the walled city of Jericho, which in Bowden's eyes is not a story of inspiring strength but of bloodthirsty plunder, the world of El Sicario ('the hitman') unfolds in brutal detail. Bucolic settings such as the Falcon International Reservoir become the site of an unsolved murder as Bowden examines why the high murder rate in Juárez has yet to spill across the border. Yet, recalling his younger days in Louisiana and retracing the atrocities of racism in America, Bowden reveals a history where greed knows no borders, while undaunted voices (including his own) relentlessly expose its perpetrators.