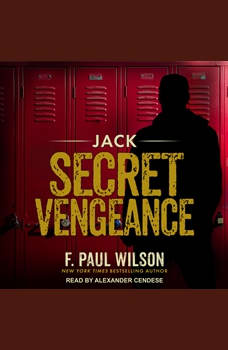 Everyone loves senior Carson Toliver, the captain and quarterback of the football team, heartthrob of South Burlington County Regional High-especially the girls. Even Jack's best friend Weezy has a crush on him. And unlike most of the popular kids at school, he's not stuck up. Jack even sees him defending a piney kid who is being bullied in the hall. Which is why Jack is so surprised when Weezy tells him that Carson took her on a date and attacked her. Jack tries to convince her to report Carson, but Weezy would rather just forget it ever happened. She begs him not to tell anyone, and Jack reluctantly agrees. But then Carson starts telling his own version of what happened that night and suddenly everyone is calling her 'Easy Weezy.' Jack's concern turns to rage. Carson needs to be taught a lesson. With the help of the pineys-reclusive inhabitants of the mysterious Jersey Pine Barrens who have secrets of their own-Jack finds a way to exact secret vengeance . . . In F. Paul Wilson's third young adult novel, the teenage Jack demonstrates the skills that will serve him later in life as the urban mercenary known as Repairman Jack.

The Body in the Woods
by April Henry

Far From You
by Tess Sharpe