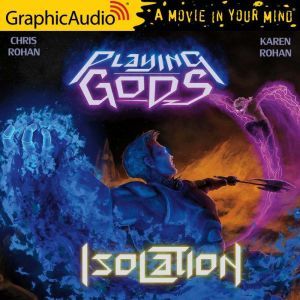 Playing Gods is a new action packed cosmic fantasy, filled with humor, modern relevance and amazing new alien worlds and cultures. Isolation is Book One of a series. Xriah and Vylis, two avatars, both empowered with differing superhuman abilities, are repeatedly thrust into wildly varying worlds to do battle on behalf of their respective deities. Though the nature of their deities is shrouded in mystery, both avatars' faith in their purpose is strong and unwavering. On each successive world they seek one another out, and then it is a battle to the death, despite the fact that both the defeated and victor alike are reborn and plunged into yet another world, to begin the fight all over again. And as they continue their endless battle the real victims are the inhabitants of the avatars' battlefields. The avatar Vylis feels nothing but the joy of the game, the sport of defying expectations, and exploiting the true weakness of his nemesis avatar, namely: that Xriah has come to care for the unfortunate denizens of the worlds upon which this world-crushing game is played. In Playing Gods 1: Isolation, the two bitter opponents unknowingly become trapped on a world cut off from the source of their immortality, the very gods for whom they fight. There will be no re-spawning this time in the brutal game they play. Now for everyone who walks the face of this alien world, inhabitant or intruder, death is absolutely final. Themes, concepts and tropes from the world of gaming are reinterpreted and explored in depth in Playing Gods, with complex emotional consequences for the creatures who just might live in such a reality. 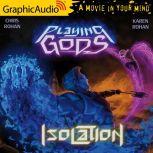 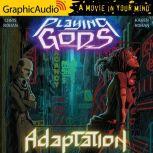 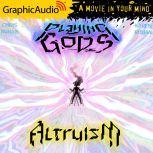