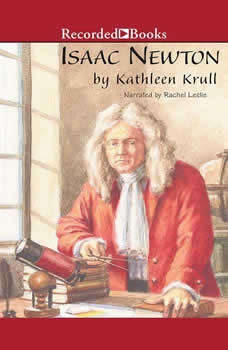 Kathleen Krull has received numerous accolades from publications such as Publishers Weekly and School Library Journal for her biographies for young readers. Here she profiles Sir Isaac Newton-the father of calculus and the man who pioneered studies of gravity. Krull details Newton's lonely childhood, his education, and his sometimes tumultuous relationship with contemporaries in this captivating and concise look at one of history's greatest geniuses.

In 1848 Vermont, railroad foreman Phineas Gage sat above a hole, preparing to blast through some granite. A 13-pound iron rod fell from his hands into the hole, triggering the explosion and sending the rod straight through Phineas' head. Thirty minu...

Scientists have a reputation for being focused on their work—and maybe even dull. But take another look. Did you know that it’s believed Galileo was scolded by the Roman Inquisition for sassing his mom? That Isaac Newton loved to examine...

A Modest Proposal and Other Writings
Default Blank