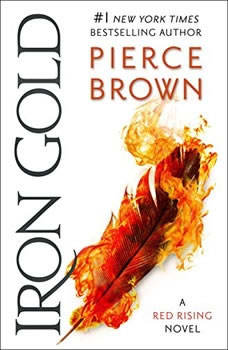 Honor and betrayal fuel a caste-shattering revolution in the action-packed new novel from the #1 New York Times bestselling author of the Red Rising Trilogy. Ten years after the events of Morning Star, Darrow and the Rising are battling the remaining Gold loyalist forces and are closer than ever to abolishing the color-coded caste system of Society for good. But new foes will emerge from the shadows to threaten the imperfect victory Darrow and his friends have earned. Pierce Brown expands the size and scope of his impressive Red Rising universe with new characters, enemies, and conflicts among the stars. Narrators: Tim Gerard Reynolds, John Curless, Julian Elfer, Aedin Moloney